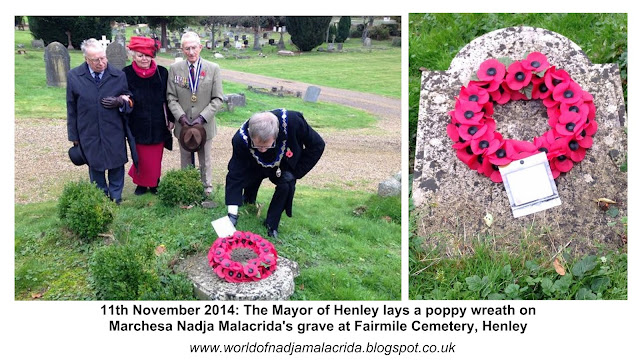 Back in 2014, I struck up a correspondence with a gentleman called Mario Malacrida from Italy, who read my post about Nadja Malacrida on the Female Poets of the First World War weblog. We discussed how nice it would be to visit Nadja’s grave, which Mario explained is in Fairmile Cemetery, Henley-on-Thames, near to where she was killed in a car accident in October 1934.

I managed to contact Jacqui Brazil, through Stanley Kaye’s kind intervention. At that time, Jacqui was Private Secretary to the Mayor of Henley and she very kindly arranged for the then Mayor and Mayoress of Henley - Martin and Glynnis Akehurst - to place a poppy wreath on Nadja’s grave as part of the Borough’s official Remembrance Day commemorations on 11th November 2014.

The event was covered in the "Henley Herald" newspaper and the Mayor stated on Twitter how proud he was to have been able to make sure the poet was not forgotten. Jacqui very kindly took these photos and we are very pleased to finally publish them on the anniversary of the wreath laying ceremony.

Today marks the 85th anniversary of the sad, untimely death of Nadja Malacrida, who was killed in a car accident when she was driving back to London after spending time at Cecil Roberts’ "Pilgrim Cottage" in Henley.


As today is also National Poetry Day in the UK, rather than dwell on the negative, we thought we would post something positive and here is one of Nadja’s poems taken from her "Evergreen" collection, written when she still had her whole life ahead of her.

GOOD-NIGHT, my soul! Be governed by yourself.
No ruling passions let your heart engulf,
But be at rest, and ere you sink in sleep
Pray God in Heaven safe your life to keep.

All evil thoughts and passions you should flee,
Ask Heaven's pardon, low, on bended knee.
Implore God's grace, and when once more you rise
To face the day, feel nearer Paradise!

A Rose For Nadja on the 84th Anniversary Of Her Death

At 10.20 am on this very day – Wednesday 3rd October - 84 years ago, Nadja was killed when her car left the road and crashed down a 40 foot embankment near Henley.

She had been staying at Pilgrim Cottage – country home of writer and poet Cecil Roberts – taking a well earned break from London society life – and was just setting off on her journey back to the big smoke.

It is said that the malmaison rose was Nadja’s favourite flower. We planted this rose plant in her memory and, in the run up to the anniversary of her death, it has bloomed with these beautiful flowers.

Many thanks to Jacqui Brazil for taking the time today to  visit Nadja's grave in Fair Mile Cemetery, Henley on Thames and laying these wonderful flowers. 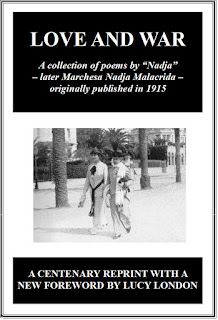 During the First World War, Nadja published two more volumes of poems - Love & War (Arthur Humphrey, London 1915) and For Empire and Other Poems (Arthur Humphreys, London 1916). She donated the profits from these collections to the St Dunstan's Charity for Blind Servicemen (which opened in 1915) and The Royal Star & Garter Home for Disabled Soldiers and Sailors (which opened in 1916).

Now - one hundred years on, we are pleased to announce that the Nadja Malacrida Society has been able to produce a special reprint edition of the Love & War collection, in a 24 page booklet - which we are making available to support those same two charities.

Instead of selling copies and giving them the profits afterwards, we have donated a quantity of copies of the book to each of the two charities for them to sell / use in whatever way suits them best.

If you would particularly to support one or other of these two very good causes, the best thing to do would be to contact the charity of your choice (details below) and enquire how you can purchase a copy of Love and War from them so as to maximise their charitable income.

You can also order a copy straight from us, in which case the proceeds of the sale don't go direct to the charities but help to cover the costs of the books that we have already supplied to them.

St Dunstan's is now called Blind Veterans UK and you can find out more about them at www.blindveterans.org.uk

The Royal Star And Garter Homes charity can be contacted at: http://starandgarter.org/

SORRY!  THIS IS SOLD OUT FOR THE TIME BEING - PLEASE CHECK BACK! 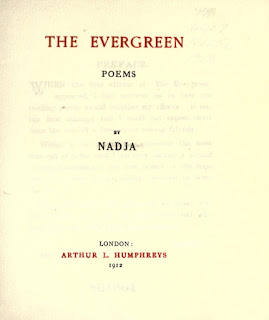 Nadja published her first collection of poems in 1912 when she was 17 and it included poems written from 1908 to 1911.  She used the penname of Nadja rather than using her own name of Louisa Nadia Green.

You can read the full text of this collection on Archive.org by clicking  HERE 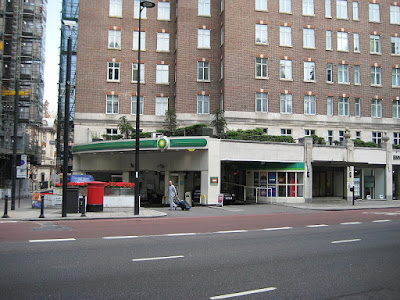 Is there anybody out there with access to Electoral Rolls or Planning information regarding Mayfair, London, in the 1920s and 30s?

We are trying to find out about the ground floor premises that the Marchsese Malacrida and his wife Najda occupied from 1922 to 1926.
It was described as a converted garage that had been transformed into the style of a Venetian pallazzo on the corner of Mount Street and Park Lane. We are wondering whether this would have been where the Grosvenor House Appartments are now – or on the other side where there appears to now be a BWM garage…?
Also, any information about the conversion project that the Marchese was doing at 53 Grosvenor Street during 1934/5.

If you can help in anyway, please feel free to drop us a line HERE

If you have any information about Nadja that you'd like to share - or have a question for us, please send us an email to nadjamalacridasociety@gmail.com. We'd love to hear from you!

Check Out Our Other Fascinating Project Pages